The World Health Organization (WHO) is recommending children under age 5 spend one hour or less on digital devices and those under age 1 spend no time at all on a daily basis.

"The goal is not to take away screens but to help parents manage time on screens and frequency of breaks."

WHO released its recommendations, "WHO Guidelines on Physical Activity, Sedentary Behaviour and Sleep for Children under 5 Years of Age," on April 24. Among its other recommendations: children should spend more time engaged in physical activity and getting enough sleep. The WHO study refers to sedentary screen time, which includes watching television or videos, or playing computer games.

Here are WHO's screen time recommendations by age:

Sedentary behavior by youngsters has been identified as a risk factor in global mortality and has contributed to the rise in obesity, the guidelines say."Achieving health for all means doing what is best for health right from the beginning of people's lives," WHO Director-General Tedros Adhanom Ghebreyesus said upon the guidelines' release. "Early childhood is a period of rapid development and a time when family lifestyle patterns can be adapted to boost health gains."Said Fiona Bull, WHO programme manager for surveillance and population-based prevention of noncommunicable diseases: "Improving physical activity, reducing sedentary time and ensuring quality sleep in young children will improve their physical, mental health and wellbeing, and help prevent childhood obesity and associated diseases later in life."

Link between vision and inactivity

Developing the ability to "use" vision starts at birth, says Glen Steele, O.D., professor of pediatric optometry at Southern College of Optometry in Memphis, Tennessee. When a baby watches a parent form words or point to objects, their actions lead to development of a baby's "looking" process, which fosters their internal curiosity, he says. That curiosity leads to the baby wanting to get to an object out of reach and a desire to move toward it."When an infant sees a parent looking at an object and follows their gaze to that object by 12 months of age, they will be able to identify 335 words by 18 months of age," Dr. Steele says. "When they do not follow the parent's gaze, they will only be able to identify 197 words by 18 months of age. Huge difference. This work was done by Andrew Meltzoff, Ph.D., at the University of Washington. Vision triggers curiosity, which triggers movement and exploration."Hands-on exploration is one of the ways children learn.

Consequences of too much screen time, being sedentary

Studies also have shown that being sedentary can have significant developmental consequences, Dr. Steele says. Among them:

Canadian researchers found in a study published online Jan. 28 in JAMA Pediatrics that 2- and 3-year-old children watched television for respectively 2.4 and 3.6 hours a day. Further, the authors linked excessive TV watching to "poorer performance on developmental screening tests," which may partially explain why children are not developmentally ready for starting school.

Although excessive screen time is not solely an "eye problem," its effects are readily apparent during a comprehensive eye examination through observation of pupil size and assessment of accommodative function, Dr. Steele says. When noted, optometrists should be prepared to have discussions with parents, he adds. He used the term "technoference," which refers to how technology can interfere in relationships (parent and child).

According to the AOA's 2018 American Eye-Q® survey, three-quarters of parents are concerned their children may damage their eyes due to prolonged use of electronic devices. In the survey, 4 in 5 parents reported their child spends at least an hour a day using a computer or mobile device.

Dr. Steele has developed a brief guide doctors of optometry can provide parents at the conclusion of the examination."It includes the WHO information and also a recommendation for taking breaks," says Dr. Steele, who will be presenting more detailed information on screen time at the AAO annual conference in October. "The 20-20-20 rule (take a 20-second break every 20 minutes and view something 20 feet away) was developed in the 1990s and, at the time, it was sufficient because we were using CRT (cathode ray tube) screens that were larger and farther away. Now, the kids are using phones very close to their faces, which is a completely different mode of operation."The goal is not to take away screens but to help parents manage time on screens and frequency of breaks," he says. "More frequent breaks are step No. 1 in aiding in this process."Click here to access the AOA resource for patient education, "Healthy Vision Using Digital Devices."

Our Germantown office has moved! 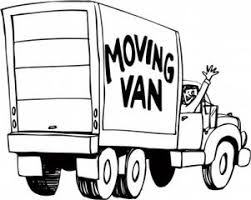